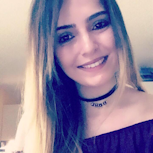 The present thesis deals with the theoretical investigation of electronic excited states, and, more specifically, with the modelling of chromophores undergoing intramolecular proton transfer in their excited states, the so-called ESIPT phenomenon. ESIPT takes place in specific dyes presenting a strong intramolecular hydrogen bond, and allows for a new tautomer, with an entirely different electronic structure than the original Franck-Codon structure, to be created before emission. This results into very large Stokes’ shift, and sometimes in dual emission as well. The main objectives of this thesis were to understand the number of observed emission bands, to predict the relative stabilities and emissive signatures of the various tautomers, as well as to design new structures. To achieve these goals, we used Time-Dependent Density Functional Theory (TD-DFT) and second-order wavefunction schemes,
namely ADC(2) and CC2. Importantly, given that the medium has a drastic impact on ESIPT, the environmental effects were systematically taken into account and we evaluated the pros and cons of three different continuum approaches: the linear-response (LR) model, the corrected linear response (cLR) scheme, which accounts for state-specific effects, and the dual “LR+cLR” approach. The work performed during this thesis allowed to: i) investigate the performances of the very recently proposed LR+cLR solvation model; ii) benchmark the performance of several exchange-correlation functionals; iii) explore the ESIPT mechanism in unconventional systems, including zwitterionic systems and large compounds, by locating the transition state leading to the ESIPT structure as well as identify the emissive species; iv) evaluate the impact of the substitution of withdrawing and donating groups on the stability of the tautomers in the excited state.