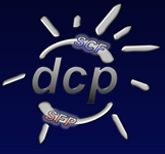 Jean-Nicolas Dumez, researcher at CEISAM, is co-recipient of the 2021 young researcher prize from the Physical Chemistry Division (DCP) of the French Chemical Society, for his work on the development of an NMR spectroscopy methods for mixture analysis .

Nuclear Magnetic Resonance (NMR) spectroscopy is a particularly relevant approach for the analysis of mixtures, the applications of which range from reaction monitoring to the analysis of biofluids. The work of Jean-Nicolas Dumez focuses on the development of faster and more sensitive NMR methods for the analysis of mixtures. He notably developed ultrafast diffusion NMR (UF DOSY) methods, which make it possible, in less than a second, to separate the NMR spectra of compounds in a mixture, without separating the compounds themselves. This work opens the prospect of a more information-rich monitoring of chemical reactions, and a more complete analysis of diverse mixtures.

It is for this work that the2021 Young Researcher Prize of the DCP was co-awarded to Jean-Nicolas Dumez. The DCP is a division of the French Chemical Society and the French Society of Physics. Each year, it awards a Young Researcher Prize, which is aimed at researchers under the age of 40 in the field of physical chemistry. This year, Marco Faustini, from LCMCP Sorbonne University, is co-recipient of the prize for his work in the field of nanosciences.