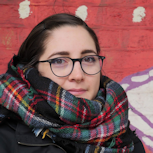 This thesis deals with the modeling of the fluorescence quantum yield of p-conjugated compounds. Fluorescence is a radiative relaxation mechanism of an electronically excited state yield photon emission. It is a dynamic process in competition with other non-radiative relaxation pathways. Therefore, the simulation of the efficiency of fluorescence remains a challenge for theory.
In this thesis, the density functional theory (DFT) and its time-dependent form (TD-DFT) were first used to simulate the excited states properties of organic fluorophores, and in a second step, a large number of methods were tested in order to evaluate the vibronic couplings, which finally allowed to simulate the time constants associated with radiative and non-radiative processes.A statistical study on ten phenyl derivatives has been carried out in order to study the parameters influencing the radiative constants, considering a large number of methodological combinations during the benchmark. In parallel, the methods of calculation of the fluorescence quantum yield were used on several families of realistic fluorophores in the framework of collaborations with experimental teams.
This thesis concludes that theoretical calculations of quantum yields with sufficient accuracy are possible in the case of homologous series for which the competing non-radiative processes can be defined beforehand.